Google on Choosing Between Desktop or Mobile Site 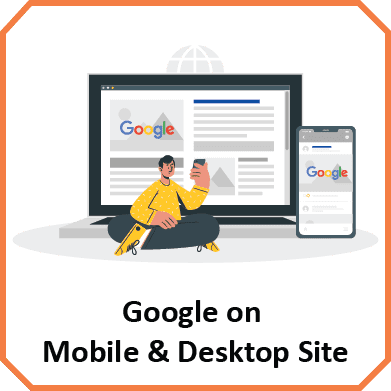 Google’s Senior Trends Analyst John Mueller, made a statement in Google Webmaster Central Hangout, held on the 1st of May. He said that if site owners have both desktop and mobile versions of their website, then they should prioritize on the mobile site.

The question submitted by a site owner was “What should be the priority for optimization, desktop, or mobile version of the site?”.

Take a look at what John Mueller had to say about choosing between desktop or mobile version of a site.

Especially if you have a different version on desktop and mobile, then we would essentially just be using the mobile version there.

If you’re really in this, I’d say, tough situation, that you need to decide which of your versions is your favourite one to work on more, and if we’ve switched to mobile-first indexing, then I think the mobile version is probably the one you should be focusing on.

However, I wouldn’t say that you can completely delete the desktop version and everything will continue to be okay, because probably you still have a lot of users on desktop as well.

Usually, my recommendation for people who are working on their website, and trying to figure out desktop or mobile, is to find a way to move more of the content to a more responsive design so that you just have one version.

If you just have one version to maintain then you don’t have to make that choice, and by fixing the content once then you’re essentially fixing it for all of your users.

So, moving to responsive design would make this a lot easier.

If you absolutely can’t move to a responsive design, and need to pick one or the other, and you really only care about SEO which is kind of tricky in itself, then the mobile version would be the one to focus on.

Check out this video for more insights

Google: Pages with Similar URL Structure May Be...