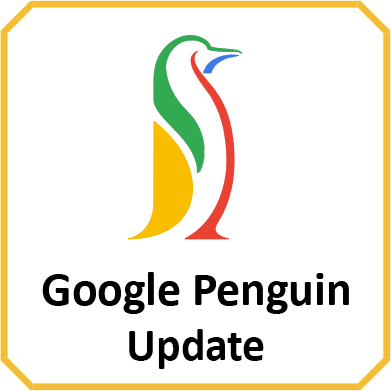 Let’s deep-dive into the Penguin update.

What is Google Penguin Update?

Google’s Penguin update brought about a drastic change in organic search results. As per the guidelines of Google, websites that were using black-hat SEO techniques like keyword stuffing, cloaking, and the use of link schemes for link building were affected post the rollout of the Penguin update.

The Penguin update was officially launched on April 24, 2012. Google estimated that around 3% of its search results would be affected by the update.

Many e-commerce stores, large B2B companies, and nationally-recognized brands were affected severely by the launch of the Penguin update. Some experienced a drop in traffic, whereas some saw an increase; still, some had no impact.

The Panda update was about the amount of content value present on the website, which is also known as “thin content.”. The Penguin update worked as an extension of the Panda update.

With the Penguin update, the main goal was to understand how to overcome the effectiveness of Black Hat SEO techniques in a better way. Matt Cutts, in an SMX conference, said that they were looking for an upgraded technique to tackle the low-quality content. They initially started with the Panda update but then came across lots of clings in the content, thus leading to the introduction of the Penguin update.

The Penguin algorithm update works with the website’s incoming links and not the outgoing links. It deals with/gauges naturally-generated links, authentic links, and the relevancy of the links obtained.

As per the research, low-quality directories and paid link networks were affected by the Penguin update. Perhaps, once you get to know that your website has been hit by the Penguin algorithm update, consider the following steps to recover:

Have you faced any recent drop in traffic? If yes, it can be because of the rolling out of a recent Google update. We provide Google Penalty Recovery Services to help our clients recover from such updates and also make sure they follow the best practices in SEO, going forward.

10 Benefits of SEO For Your Business

What is Off Page SEO & Why Off Page Matters in SEO?

Every time when Google releases its core algorithm updates, it is related to changes in search behavior & trends or content. There are many reasons for the drop in rankings. Do check our latest posts for updates.

Hi There. Thank you for sharing the knowledge related to the penguin update.