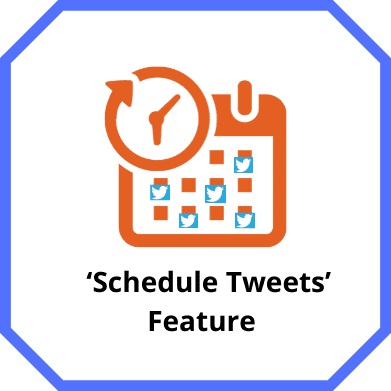 The social media platform, Twitter on Wednesday, November 20, 2019, announced that it had started running tests to help bring new, time-saving features to its users. The company unveiled this on TweetDeck’s Twitter handle with the following tweet: “Tweet scheduling on twitter.com? Yes Please! Starting today, we’re experimenting with bringing one of @TweetDeck’s handiest time-saving features into Twitter. Tell us what you think if you’re part of the experiment.”  – @tweetdeck

Starting on Thursday, November 21, 2019, the company began experimenting with the ‘scheduled tweets’ feature on its main website for a select group of its users. The feature will allow users to draft a tweet and select a future date and time at which it will get automatically posted on their Twitter page(s).

Tweet scheduling on https://t.co/8FModRv1sl? Yes please! Starting today, we’re experimenting with bringing one of @TweetDeck’s handiest time-saving features into Twitter. Tell us what you think if you’re part of the experiment. pic.twitter.com/4pI9xrbPEP

However nascent, there is speculation that Twitter’s latest ‘schedule tweets’ feature may result in the decommissioning of TweetDeckas as a separate dashboard application.

Let us know in the comments down below about your opinion on Twitter’s latest feature. Also, do not forget to subscribe to our website for more SEO-related news from around the globe.

IndexNow could be a Game Changer for Search...