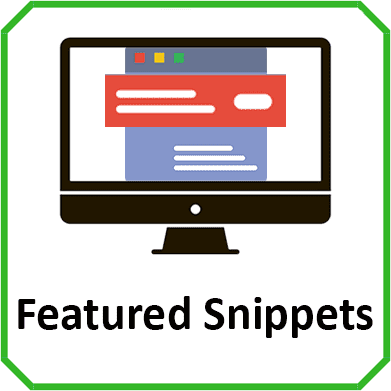 An interesting update was rolled out a few days ago by Google and will impact all search rankings.

All webpages in the featured snippet position will not appear twice in the search results.

We observed this change when one of our keywords “movie carousel schema”, which was in the featured snippet spot, did not appear in other search results.

Previously, we appeared in both the featured snippet as well as the rank #1 position, with our page showing up twice in the first SERP.

So what is this update and how will it affect our rankings? Let’s find out.

Danny Sullivan of Google re-tweeted and confirmed the new update which prevents pages that appear in a featured snippet from showing up twice in Google’s top ten results (on the first SERP).

The update in action:

We appeared in the featured snippet (position 0) and also ranked in position #1 on the SERP. 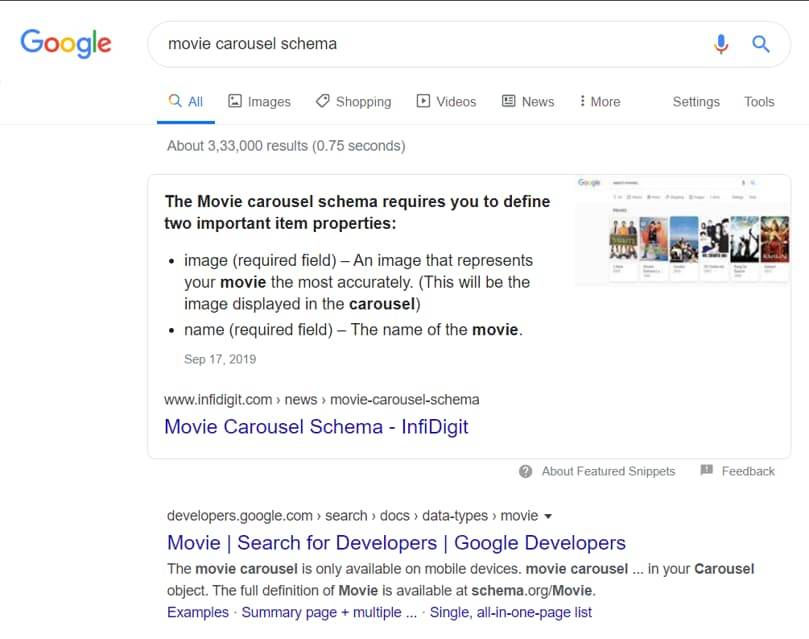 After the update rolled out, we now only appear in the featured snippet (which is now considered position 1) in the Google search results.

So is position 0 now counted position 1 after the update?

So it might be the end of position 0, as featured snippets will now be considered as rank 1 followed by the other nine search results on the first page.

What affect will this update have on my Google Search Console Report?

No, your Search Console reports will not be affected much.

Google has been considering both positions 0 and 1 as a single position in the Search Console. So it is highly unlikely that your Search Console reports will be affected after the update.

What about featured snippets that appear as a knowledge graph on the SERP on desktops?

An interesting thing pointed out by the Twitterati was: getting featured in the knowledge graph-like panel would be punishing and result in low CTR (on desktop) after the new update.

Google’s Danny Sullivan responded to this:

For these types of Featured Snippets, Google will roll back the change this week. They are expected to make another adjustment in a month’s time to make sure that such knowledge-graph like snippets appear as regularly featured snippets in the Google search results column and not on the right side of the screen on desktops.

What if I lose my featured snippet spot?

It is likely that you will regain your position on the first page if you loose your featured snippet spot.

Here is what Google’s Danny Sullivan had to say about this:

It is not guaranteed that you will be restored to just beneath the featured snippet, but it is likely that you will retain your place on the first page of the Google SERP.

Will it affect my CTR?

So it expected that this update may result in low CTR. But only time will tell how this update pans out.

Can I opt-out of featured snippets?

Yes, you can. Google gives you the option to opt-out of featured snippets by placing a nosnippet tag on pages.

You can use the nosnippet tag to block all snippets for that page and Google will not show your page in the featured snippet spot.

Here’s the official documentation by Google on nosnippet.

Subscribe to our blog for more current news on search marketing.