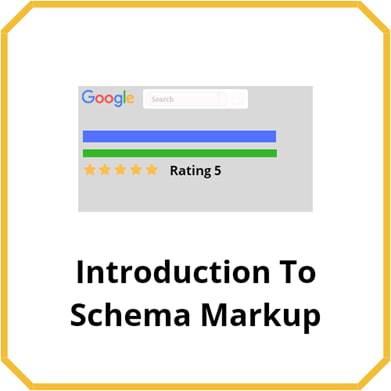 You may have seen the rich snippet on Google SERPs; that is where everybody wants to be featured. One of the recent advancements in the SEO industry is Schema markup, often known as Schema. The Schema and other structured markup formats have been in place for many years. However, it was not known to many people and not that extensively used. Let’s read about ‘Schema Markup’ today.

What is Schema Markup?

Schema markup is a code (semantic vocabulary) that can be added to your website’s HTML, making it easier for search engines to understand your webpage. This will, in turn, help search engines to show more relevant and informative results to users on a SERP when they key-in a query.

How Does Schema Markup work?

Just like any other markup formats, a schema is added to the content of your webpage to specify what it is and how it should be interpreted by search engines when displayed on a SERP.

Let’s try to understand this with a real-time scenario:

Webmasters are familiar with the HTML tags that can be used on a webpage. These HTML tags only tell the browsers how to display the information added within the tags. For example, <h1>Apple</h1> will display the text “Apple” in a heading 1 format. However, it does not provide any data about what the text means. Here, “Apple” could refer to a fruit, or it could refer to the brand ‘Apple’ whose electronic products are popular among people. This can cause ambiguity among search engines while displaying the search results on the SERP. You can resolve this by adding ‘Organization Schema’ to the webpage of Apple Inc., telling Google bots that the page is about a company or an organization and not a fruit.

Schema markup combined with the RankBrain algorithm and Google’s BERT update will help you find the most relevant answer on SERPs for your search query.

What is the Importance of Schema Markup?

Below are a few of the major advantages of adding schema to your webpages:

What are the Different Formats of the Schema Markup?

There are three different formats of schema markups that are popularly used today. They are listed below:

Is Schema Markup a Rankings Factor?

Adding Schema Markup will help crawlers understand your page better and rank it accordingly on the SERP. However, Google’s John Mueller, in one of his Webmaster’s hangout sessions, indicated that it is not a ranking factor yet.

How to Use Schema Markup Code in Your Page?

The easiest way to use Schema code for your page is to explore Google’s Structured Data Markup Helper. All you need to do is select the type of content that you want to markup and manually input the website URL and other data. Remember to follow the general structured data guidelines. You can also use the Google Structured Data Testing Tool to check if your webpage already includes schema markup.

What are some of the Important Schemas?

There are numerous schema markups available that one can use depending on the type of content. Some most commonly used schemas are listed below:

We’ll talk about them individually in our upcoming blogs.

What Did We Learn About Schema Markup?

Google does not promise to push your rank higher on SERPs if you include Schema on your page. However, adding schema markup can boost your chances to be featured in the ‘rich snippet’, which in turn can increase your Click-Through-Rate (CTR). Implementing Schema Markup in the right way can put you ahead of your competitors in the race for more web traffic.

Let us know what Schema Markup you are using and how it has helped.

An Introduction to Mobile SEO

John Mueller on How to SEO-Optimize a Podcast...